On 30 November, members of the British Army Brazilian Jiu Jitsu Team sparred for 1000 rounds in 24 hours to raise money for a PTSD charity.

Brazilian Jiu Jitsu (BJJ) is a martial art that focuses on grappling on the ground and forcing your opponent to submit through joint locks or strangles. The British Army BJJ team started their marathon effort at the Andy Roberts Academy in Farnborough and at the Penthouse Combat Club in Colchester, where they also had a live Facebook feed. Another event took place in Catterick. The event was to raise money for Combat Stress – a military charity that supports service personnel and their families.

Although a number of participants joined in the effort, a hardy crew of soldiers in Colchester managed the whole session, stopping only for toilet breaks and to quickly take on food and water. They included Capt Rob Maynard, Sgt Mic Hill, Sgt Aaron Harper, Sgt John Dingley, Cpl Graham Hayes and LCpl AJ Gurung, all from 16 Brigade, Parachute Regiment.

After finishing the gruelling event, Capt. Maynard said “This became the hardest challenge many of us have faced in quite some time. On paper, 1000 rounds of sparring looked like it would be fairly tough. We were very wrong. It was incredibly tough, brutal and testing.

I'm so proud of all the guys here at the Penthouse and across the army team. Over 1311 rounds of sparring later and around £2325 raised for combat stress, it's an accomplishment we should all cherish and be proud of.

We met some new friends and got to hang around with some old bones for 24hrs of pure savagery. After all that time on the mats, I couldn’t feel my grip, both my calfs had cramp, and we all felt like our skin has been peeled away.

We've all had time now to sit and recover from what but guess what? I'm already looking forward to the next session.”

If even hardened paratroopers claim an event is tough, you know it really is!

You can support their efforts for Combat Stress and PTSD by donating on their Justgiving page here: https://www.justgiving.com/fundraising/shamus-kelly

Brazilian Jiu Jitsu is now one of the fastest growing sports in the world with over 16,000 people regularly training in gyms across the UK. It is a martial art that focuses on grappling, and ground techniques to overcome and subdue an opponent. It is suitable for all ages, both male and female. The governing body is the UKBJJA (http://www.ukbjja.org), which offers insurance, a club directory and a national ranking system for both adult and junior athletes.

BJJ is relatively new to the Army, having been added as an official combat training discipline by the British Armed Forces in October 2015, but the team have already had significant success at international competitions. 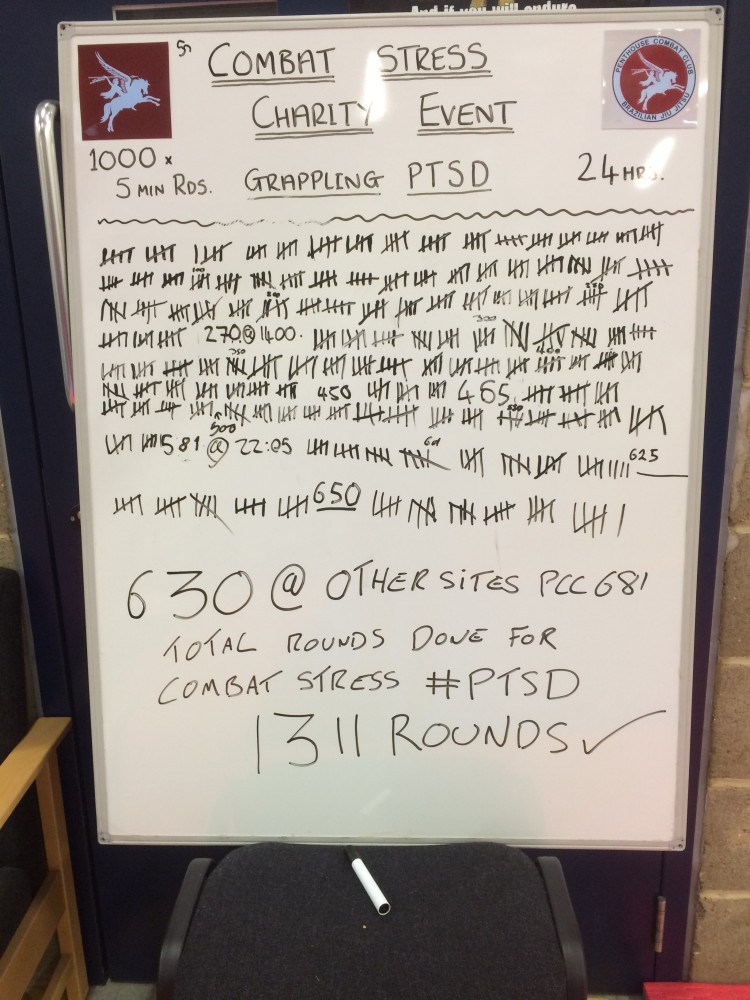 We did it! 1311 rounds completed for Combat Stress Charity. Photo © Penthouse Combat Club 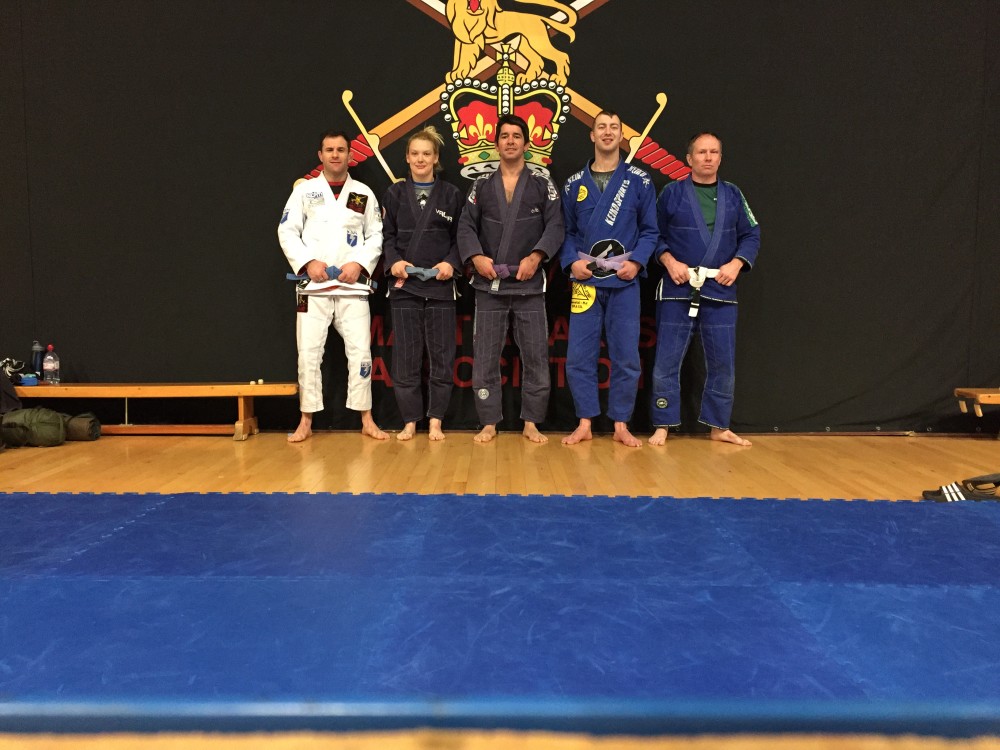 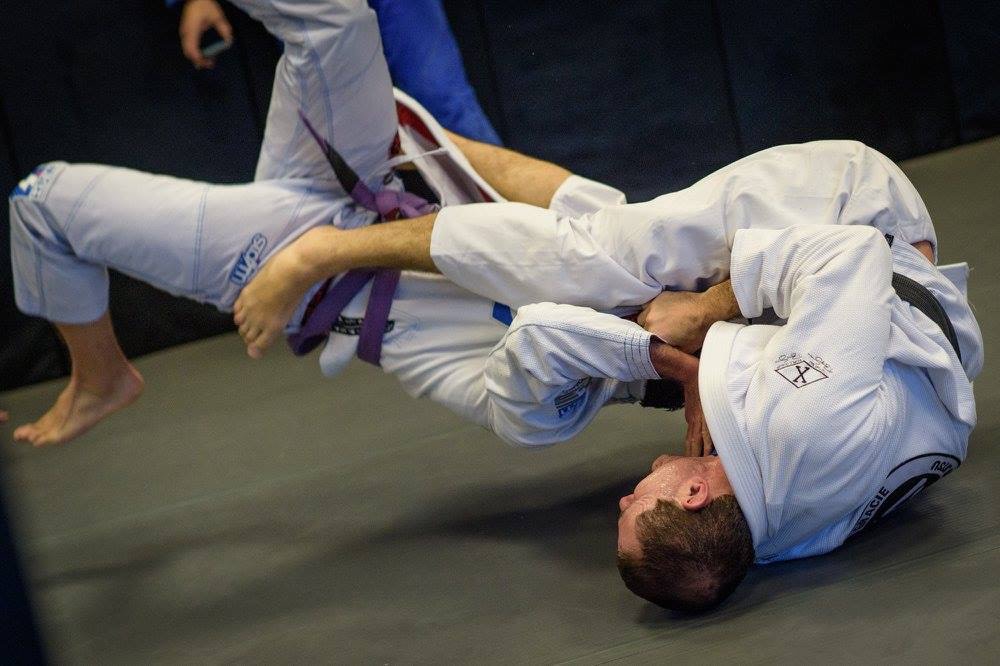 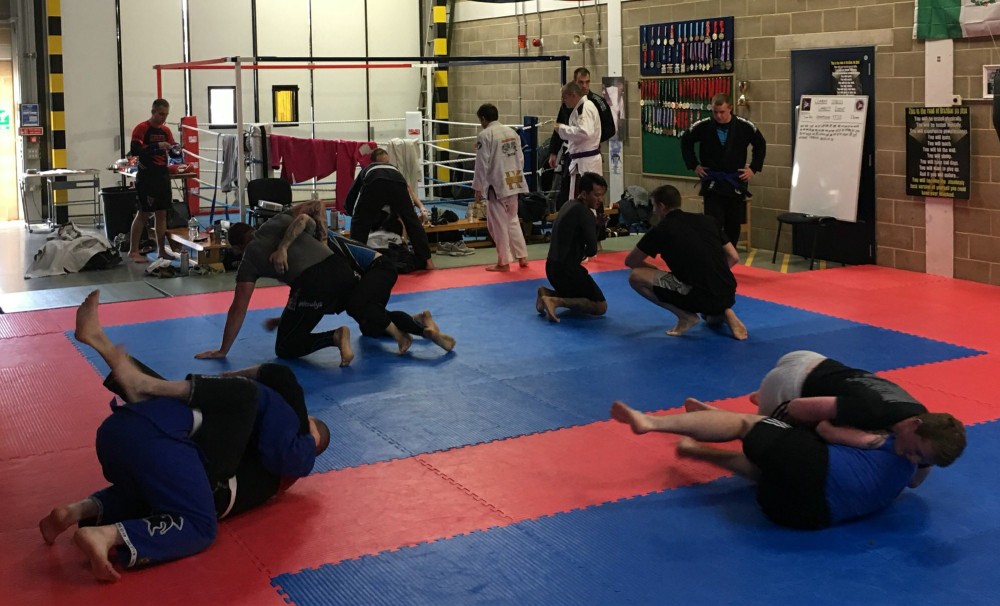