Billy Hayes (14) from East Sheen in South West London has added to his growing medal collection by taking a hard fought gold medal at the prestigious Brazilian Jiu Jitsu Junior European Championship, which took place in Wolverhampton on 20 November, 2016.

Billy had previously won gold in the orange belt category last year. This year saw him step up to the green belt division and he faced a tough youth from Finland, Robin Leino, in the final.

Billy has been training extra sessions for the Europeans with the Carlson Gracie London adult classes as well as his usual teenage classes - and was given special permission to miss Rugby training in the run up to the Junior Europeans from his school, Grey Court Comprehensive in Ham, Surrey.

Billy remarked “I always like fighting at The Brazilian Jiu Jitsu European Championships as so many European fighters turn up that we don’t normally see at UK competitions. It was massive this year and really well run.”

The event saw over 350 young athletes from across Europe take part. Brazilian Jiu Jitsu is a combat sport that focuses on grappling on the ground. Although relatively new to the UK, Brazilian Jiu Jitsu is one of the fastest growing sports in the UK with over 20,000 people (adults and juniors) regularly training in gyms across the country. The governing body is the UKBJJA (http://www.ukbjja.org) which aims to get more youngsters through regular kids’ competitions and a national ranking system.

In addition to his European Championship success, Billy Hayes has won four consecutive gold medals at the English Open BJJ Junior and Juvenile Championship (most recently in October 2016) and is tearing up his division in competitions across the country. He is a rising star of the sport and is sure to make an impression on the international stage soon.

He attends Grey Court School in Ham, Surrey. In addition to competing in BJJ and Judo, Billy is also a keen rugby player, representing his school team. 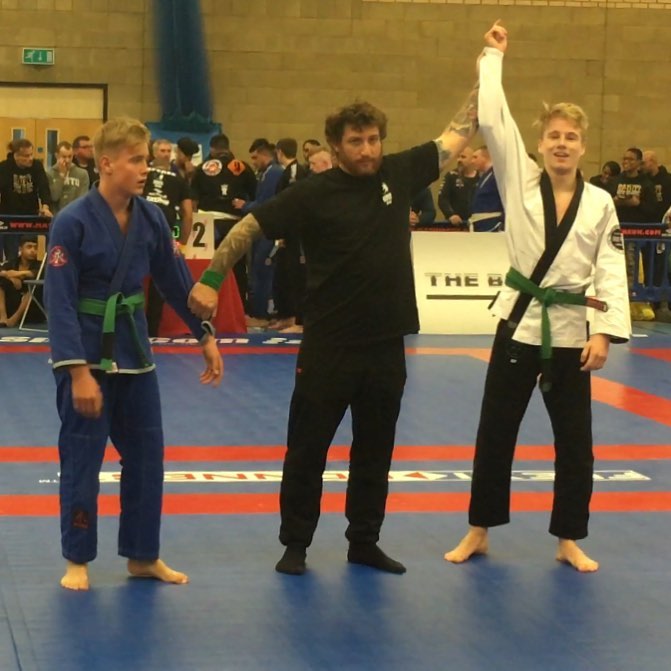