A group of young Brazilian Jiu Jitsu practitioners from Lancaster have been shortlisted for for the prestigious University Entrepreneurs Challenge, which is being run in conjunction with the prestigious Educate - North and UK Leadership Awards and Conference 2017. This event is produced in association with The Telegraph Media Group at The Hilton Hotel, Deansgate, Manchester on 27th April 2017.

It was set up by José ‘Zé’ Macedo, a former teenage poker prodigy and self-made millionaire turned entrepreneur. At 16 he began playing online poker and quickly rose up the ranks to become one of the best players in the world, attracting sponsorships from Lock Poker (one of the biggest poker sites in the world at the time) and working as the top instructor for PokerStrategy - the biggest online training site in the world. At 19 he quit poker and began his entrepreneurial journey - starting BTMCleaning, a student for student cleaning company that quickly grew to employ 60 people and KitchPack - a student supplies company which had partnerships with 30+ Universities throughout the UK which he sold last year.

His co-founder, is Lancaster based serial entrepreneur Shane Ogley, who started in business without any formal qualifications and moved to owning his own phone shops in Kendall and the Manchester Arndale Centre, as well as Prestige Hair Salon in Lancaster

Zé and Shane are joined by MMA coach, Adam Gregory who boasts a 6-1 amateur and 1-0 professional record; BJJ coach Michael Wood, who is one of the top purple belt competitors in the UK and Kickboxing coach Kieran O’Brien, who is undefeated in kickboxing is also a 2x European BJJ champion.

Given the background of the team behind it, it is not surprising that this is a martial arts gym with a difference – no spit and sawdust here, everything is ultra clean and state of the art.

According to Zé: “The idea of the academy was simply to provide a beautiful, clean, modern environment where we would teach martial arts in an intelligent and structured way. Our aim was to provide a premium experience and improve and modernise the whole experience of training martial arts. In terms of facilities: we've got white Dollamur mats, flatscreen TVs on the wall, modern art on the walls, an air conditioned lobby with books and sofas where people can sit and watch the training and also provide all kickboxing equipment which we re-purchase every 6 months to ensure it's always excellent quality.”

Luckily, the teaching is done to the same high standards and has resulted in the team winning over 18 gold medals in national and international competition. At the beginning of April, Kieran O'Brien and Adam Gregory both competed at the IBJJF European No-gi Championships in Rome, Italy. Kieran won every match without conceding a single point on his way to a gold medal in his category, plus a bronze in the Absolute division (he is now a two-time European champion). Adam won a silver medal, winning every match up to the finals without conceding a point.

Kaizen Academy is located on Ridge Lane, Lancaster and holds classes every day of the week. For a full timetable, visit the website (kaizenlancaster.co.uk). The gym is a full member of the governing body, the UK Brazilian Jiu Jitsu Association (UKBJJA). Although relatively new to the UK, Brazilian Jiu Jitsu is one of the fastest growing sports with over 20,000 people (adults and juniors) regularly training in gyms across the country. It is a combat sport that focuses on grappling on the ground. The governing body is the UKBJJA which aims to get more youngsters through regular kids’ competitions and a national ranking system. You

Zé has already been honored before for his efforts, having won The Duke of York Young Entrepreneur Award which was presented by the Duke himself, as well as several other top awards. It seems his gamble is really paying off. 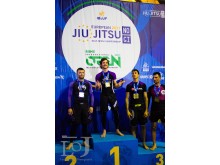 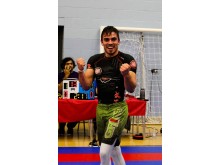 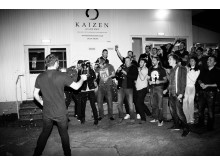