The day saw over 30 attendees of all ages get together and learn new techniques and skills under the watchful eye of Greg, Mark and Dan. The club has under gone a full refit to make it a custom built space with large matted area, changing rooms and a shower room, making it one of the best facilities in the area.

Asked about the motivation behind the new club, Greg said “Mark and I firmly believe that BJJ can change lives for the better and provide a structure that reaches far beyond the sport. We wanted to be an influence on those around us and on the community. With Stoke On Trent being the European City of Sport 2016, it seemed like the perfect time. We contacted Dan and after an initial conversation it was clear that we all share the same philosophy and passion for BJJ. With that as a start point working together has been easy so far!” 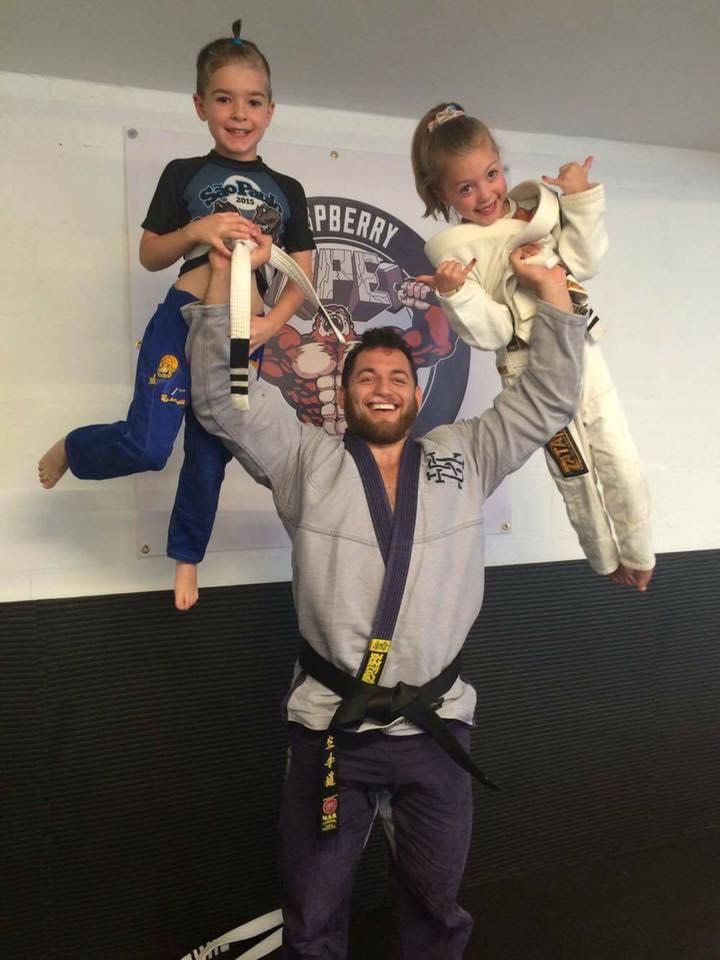 At just 25 years old, Dan Strauss (known by his nickname ‘the Raspberry Ape’) is one of the youngest BJJ black belts in the country, having been awarded the rank by legendary multiple world champion Roger Gracie. Dan has multiple national and international competition wins under his belt. Based in London, he will be a regular visitor to Bedlam BJJ for seminars and coaching.

Bedlam BJJ is a full member of the governing body, the UK Brazilian Jiu Jitsu Association (UKBJJA). Bedlam will be running classes every evening with a Saturday morning class and open mat Sunday afternoon. There are also specific kids sessions. The gym is located at 23 Liverpool Rd , Kidsgrove, Stoke on Trent, ST7 1EA . You can find more information on their Facebook page facebook.com/bedlambjj