Henry Timson is a BJJ white belt who has won a travel package from the UKBJJA (UK Brazilian Jiu-Jitsu Association) to take on the IBJJF European Open Championships next week following a triumphant year in 2015.

The 22-year-old has put his love of the sport down to the rush he feels when fighting and the complexity of the game, testing himself constantly in competition.

Henry has been training Jiu-Jitsu for just a year at Carlson Gracie Surrey in Croydon and became The English Open Champion last year.

He bagged himself the sponsorship for the Europeans after being announced as the top ranked male white belt by the UKBJJA in December.

Alongside funds toward the payment of his flights, entry fees and accommodation for the huge competition next week, he has also received a new gi and specialised coaching.

To increase his training in the run up to the Europeans, Henry has been focusing on his strength and conditioning, adding extra weekly sessions with his personal trainer.

He has also been training Jiu-Jitsu either all day or double sessions lasting three hours, drilling his technique and sparring constantly.

He has additionally included training wrestling at his academy to work on his takedowns and takes two rest days to allow his body to recover.

During his strength and conditioning sessions with his personal trainer, Henry does circuits with a set amount of reps on stations that include the rowing machine, pull ups, deadlifts and kettlebells.

Competing in the feather weight category, he cuts a maximum of three kg gradually from six weeks prior to a competition.

Training under head coach Steven Gibson, a black belt under Steven Haydock, Henry was first hooked on grappling after watching a film focusing on it aged 15.

Enjoying the concept of MMA fighting and UFC, he said: “ I had always looked for somewhere to train, but there wasn't anywhere close. Then I saw online that my friend was training at CG. I looked them up, went down for a session to see how I felt with it and have been training pretty much everyday since then”.

Henry attempts to compete at least once a month, saying: “I like to test myself and am already quite a competitive person. I am always looking to improve”.

In Henry’s last competition of 2015, he took gold in his division at the English Open in the gi and powered on to make it to the semi finals of the absolute.

As his first major title, becoming the English Champion is his biggest achievement to date.

Speaking of the day, he said: “The semi final in my weight division was the hardest fight I’ve had in competition. I got off to a good start and cleared 10 points to 0, then my opponent passed my guard and began to gain momentum. The match started to become a game of shield and sword, attack, defend, and by the end of the match I was really shattered, winning by 14 to 10 points”.

Commenting on his journey to the biggest BJJ competition in Europe, Henry said: “I’m looking to test myself against both the best in Europe and the world. I originally wasn't planning on going, but now, with the sponsorship, it’s been a definite that I want to go. It has been an extra incentive”.

Henry is preparing for his biggest competition yet by living by the mentality that if you train hard, you will fight easy.

He said: “I try to think of competition as sparring with someone in training. You pretty much fight how you train and if you think about it too much, it will affect your performance”.

Henry’s favourite competition of 2015 was the IBJJF British Open, which was his second major competition.

Having not been with the CG team for long at that point, he said: “It was nice to have the support of my team behind me, a lot of my teammates came to both compete and support.

It makes a big difference on your performance, having your team cheering you on”.

Speaking of competition, he added: “I try to go in to have fun and with the mental concept of winning. I like to find my mistakes if I don’t win and if I do win, it means that my hard work is paying off”.

He said: “They’ve all accomplished a lot and being the head of academies across the world, Carlson Gracie Senior had a big influence on jiu-jitsu worldwide”.

Describing what keeps him coming to training, Henry explained: “I like the rush and the fact that we don’t have to punch people in the face, you can end a fight by putting them into a submission”.

He added: “I also like how complex it is. Win or lose, there’s always something that has to be worked on and improved, or something you have to learn or overcome - your training is never complete”. 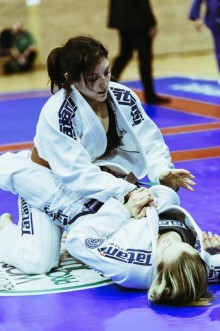 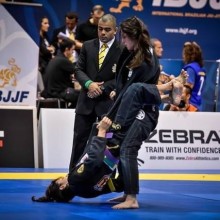 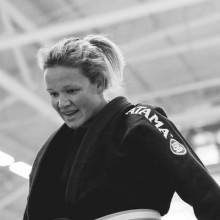 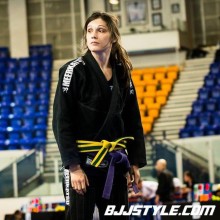 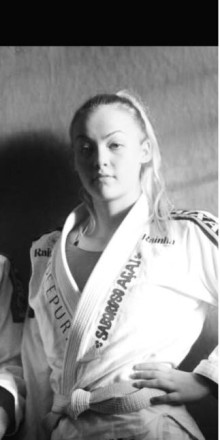