Shannon Williams (aged 9) from Sutton in Ashfield was recently given the surprise of her life when a businessman decided to sponsor her with £250 towards her Brazilian Jiu Jitsu training.

Neil Lack of Alfreton Insurance Services (http://www.alfretoninsurance.com) made the gesture because he could see the future potential of the young star. “My son Connor trains at the same club and I could see marked improvements in his attitude, confidence and discipline”, says Neil. “I wanted to give something back to the club and support one of their athletes and Shannon stood out. She was always confident and focused, but always had a smile on her face. She had already won a few medals and we could see that she had what it takes to succeed.”

Shannon trains alongside her mum, Nicki and is clear about what she wants to achieve: “I want my black belt and to be world champion”.

Nicki says that her daughter has become obsessed with Brazilian Jiu Jitsu (BJJ), but her journey only started by accident, when the parent of a friend took her home via the BJJ gym. “Shannon came out and said ‘Mum, this is awesome, can I do it?’ and she never looked back – she has been obsessed ever since. She will even pester me to take her training in Sheffield if the local club is closed", says Nicki.

Shannon has also taken up swimming competitively and started judo, but all with an eye on improving her jiu jitsu skills. 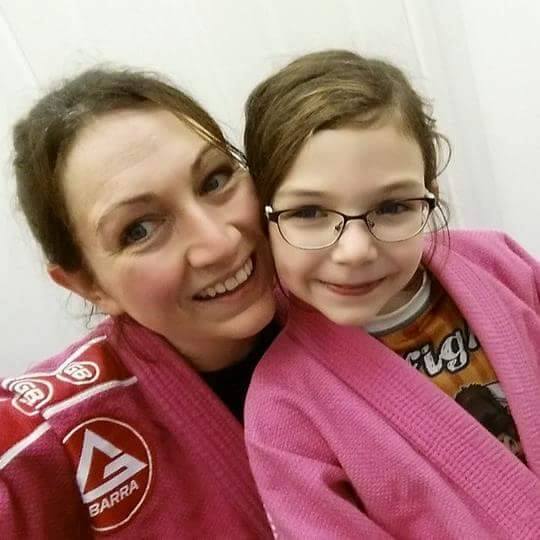 Shannon, her mum and brother Henry (6) and sister May (4) all train at Gracie Barra Sutton in Ashfield (http://www.graciebarrasutton.com) under black belt coach Paul Cole.

Paul had this to say about his young prodigy: “Shannon is a very dedicated and enthusiastic student. Her attitude and persistence are what makes her a champion. The medals and now sponsorships are a result of that.”

Although relatively new to the UK, Brazilian Jiu Jitsu is now one of the fastest growing sports in the world with over 10,000 people regularly training in gyms across the UK. The governing body is the UKBJJA (http://www.ukbjja.org) which aims to get more youngsters and women active in the sport through regular kids’ competitions and the recently launched Unstoppable Girl programme.

With such dedication and positive attitude, plus excellent support from her family, team, coach and sponsors, the future looks extremely bright for young Shannon and she is sure to be winning medals on the world stage soon.