The event will see some of the best athletes from around the world take on top local talent to win a share of the £20,000 prize fund.

The event is also pleased to be raising money for Ty Hafan Children's Charity.

The event is one of the most prestigious and lucrative Brazilian Jiu Jitsu (BJJ) tournaments in the UK, with a prize fund totalling £20k, including top prizes of £2000 for the winners of the black belt absolute divisions, equal prize money for male and female competitors and cash prizes for the winners of all blue, purple, brown and black belt divisions.

Over 20 BJJ black belts are registered to compete at the event, including Welsh multiple world champion and ADCC Silver Medalist Ffion Davies. The tournament is being sponsored by Port Talbot based company, Tatami Fightwear.

The UKBJJA will also be working in partnership with UK Anti Doping (UKAD) to promote BJJ as a clean, safe sport for all. UKAD will be running free-to-attend outreach and education workshops on the day, open to all athletes.

This competition follows on from the success of the first International Open held in Scotland in December last year. It raised £882 for charity and was praised in the Scottish Parliament. This year all spectator entry fees will go to Ty Hafan - to help improve the lives of children with critical or terminal illnesses.

Spectator tickets are £5 on the door. 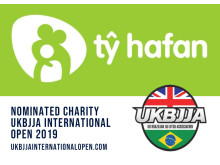 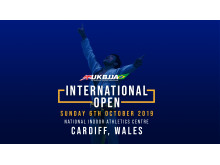