A motion lodged in the Scottish Parliament by Clare Adamson MSP has praised the United Kingdom Brazilian Jiu Jitsu Association (UKBJJA) for its 1st International Open Tournament held in Motherwell on 16 December 2018.

The full text of the motion reads: “That the Parliament congratulates the UK Brazilian Jiu Jitsu Association (UKBJJA) on its inaugural International Open competition, which was held at the Ravenscraig Regional Sports Facility, Motherwell; notes that athletes travelled from many countries, including Brazil, Poland, Norway, Portugal and Finland, to compete against competitors from Scotland and the other UK nations; understands that £882 was raised for Cash For Kids from ticket sales and from a generous donation of prize money by the Black Belt Masters gold medallist and UKBJJA chair, Richard Martin; commends the UKBJJA on offering equal prize money and equal billing to the female divisions of the sport; encourages other sporting bodies to follow this example, and wishes everyone at the UKBJJA well in their endeavours.” (SOURCE)

The event featured an opening ceremony presided over by North Lanarkshire Provost Jean Jones and MSP Clare Adamson and saw top athletes from Brazil, Norway, Poland, Finland, Portugal and more go up against some of the best UK and Scottish grapplers to win a potential £2000 top prize.

In the end, the top prizes for the black belt divisions went to Poland, Norway and Brazil, but UK athletes scooped a number of medals, including a hard fought bronze medal from the UK’s Samantha Cook.

Alongside the adult competition, a junior tournament allowed rising young stars of the sport test themselves against youngsters from across the UK, as well as meet and fight alongside some of their international Jiu Jitsu heroes.

For more information, contact Mike Williams, CEO on 07748620235 or newsdesk@ukbjja.org 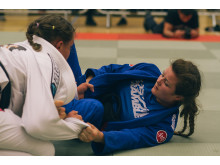 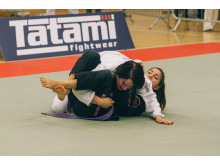 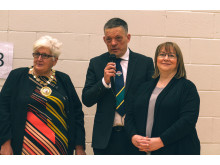 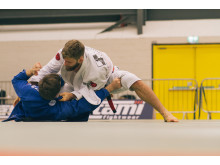