After some debate in the martial arts community as to the nature and shape of a governing body for BJJ, the UKBJJA was set up in 2013 by leading, experienced black belts in Brazilian Jiu Jitsu – Dickie Martin, Dave Coles and Simon Hayes – who wished to provide direction and safeguards for a sport which was rapidly expanding in the UK. The UK BJJ community has always enjoyed strong relationships with good communication between separate clubs and teams and this has been one of the major factors in the success of the tournament circuit. For many years the sport ran without a National Governing Body but in 2012 members of the different clubs and teams decided that for the ongoing growth of the sport and the safety and co-ordination of the competitive side of the sport, the UKBJJA should be formed. Since its formation, the UKBJJA has made significant strides in promoting the growth of BJJ and supporting the UK BJJ community. A ranking system and training programme supporting elite athletes has been developed and saw 10 individuals sponsored to attend the European Championships in 2016; monthly junior and juvenile leagues run across the UK; members have access to nutrition, refereeing, and strength and conditioning courses, as well administrative assistance and small grants;it has helped BJJ become a recognise martial in the armed forces; the UKBJJA has invested in PR and media resources to raise the profile of the sport; and in the coming weeks two exciting initatives will be launched, a video and media campaign to promote women's participation in the sport and a University League to grow the sport in Further Education establishments

As the work of the UKBJJA continues to grow and the association prepares to submit a full application to the UK Sports Councils, the Board today made the decision to formally reject the moves by the BJA to exert influence on Brazilian Jiu Jitsu through the formation of the BJJUKA and to ask that the BJJUKA name cease to be used.

Dickie Martin, chairman of the UKBJJA, stated "The UKBJJA has been formed to promote, develop and protect the art of BJJ; it is run by and for the good of the UK BJJ community. The decision today is not borne out of hostility to Judo as an art. Indeed, many of us are experienced judokas - myself and two other Board members, Dave Coles and Simon Hayes, are judo black belts - and we respect the work that individuals like Ray Stevens have done for martial arts in this country. However, Brazilian Jiu Jitsu must be in a position to govern its own affairs and to protect its integrity as a performance based martial art."

The UKBJJA's status as the de facto governing body is widely accepted and recent challenges from the EBJJF (European Brazilian Jiu Jitsu Federation) and the UKBJJF (UK Brazilian Jiu Jitsu Federation) have seen the UKBJJA successfully defend its name and trademark. Dickie continued: "At the end of the day, we don't want to get hung up on politics. We want people to train and compete in the way they choose. But it is important that we ensure the BJJ community decides for itself how to develop the sport." 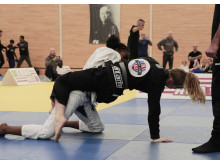 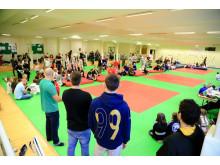 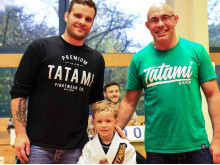 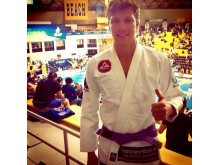 Sean Coates, who trains in Nottingham, is the top ranked male adult purple belt for 2015. 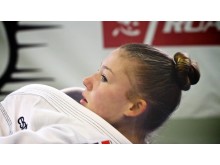 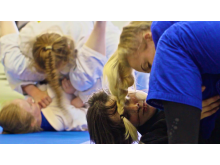 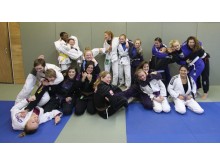 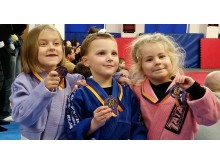 Film to profile women's B...

Filmmaker, member of the Women's Development Commission and BJJ blue belt Hannah Jell gives us a sneak preview of the editing of footage ...